The Singapore LGBT encyclopaedia Wiki
Register
Don't have an account?
Sign In
Advertisement
in: Archive of LGBT articles, Homosexuality in Singapore 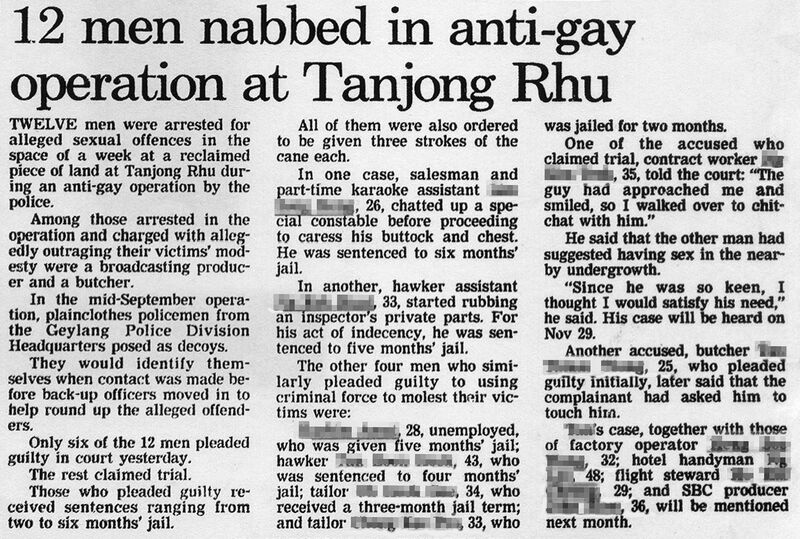 Twelve men were arrested for alleged sexual offences in the space of a week at a reclaimed piece of land at Tanjong Rhu during an anti-gay operation by the police.

Among those arrested in the operation and charged with allegedly outraging their victims' modesty were a broadcasting producer and a butcher.

In the mid-September operation, plainclothes policemen from the Geylang Police Division Headquarters posed as decoys.

They would identify themselves when contact was made before back-up officers moved in to help round up the alleged offenders.

Only six of the 12 men pleaded guilty in court yesterday.

Those who pleaded guilty received sentences ranging from two to six months' jail.

All of them were also ordered to be given three strokes of the cane each.

He said that the other man had suggested having sex in the nearby undergrowth.

"Since he was so keen, I thought I would satisfy his need," he said. His case will be heard on Nov 29.