Bugis Junction, formerly known as Parco Bugis Junction is an integrated development located at Victoria Street, Middle Road and North Bridge Road in Bugis, Downtown Core in Singapore. The development consists of a shopping mall, an office tower and the InterContinental Singapore Hotel.

Bugis Junction encloses the portion of the old Bugis Street where the flamboyant transwomen enthralled tourists, as well as the seedier Malabar Street, Hylam Street and Malay Street. 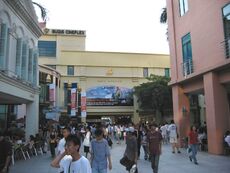 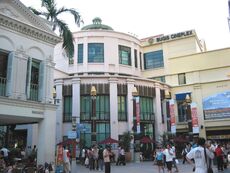 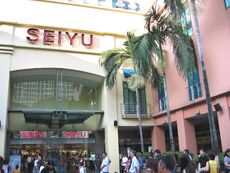 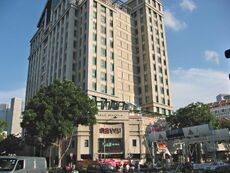 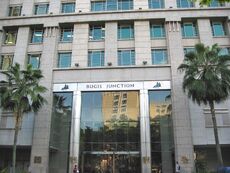 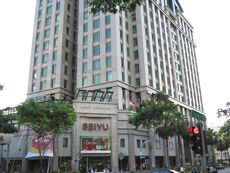 Developed by Parco Holdings, Bugis Junction was completed in July 1995 as a mixed development comprising a retail mall, an office tower and the InterContinental Singapore Hotel. The development also compromised 3 blocks of preserved pre-war shophouses incorporated into the mall's development. Upon completion, it was the first glass covered shopping mall in Singapore linking the 3 streets - Bugis Street, Malay Street and Hylam Street.

Linked to Bugis MRT Station at Basement 1, Bugis Junction was one of the popular malls in Singapore back then. It featured a department store, a cinema, a food court, a video games arcade and more than 200 specialty shops. In 2005, the mall was sold to Capitaland.

Under Capitaland, Bugis Junction underwent major revamps and refreshing its tenant mix to stay relevant to the changing trends. In 2012, the mall was linked to Bugis+ (formerly Iluma), a newer shopping mall located across Victoria Street via an overhead bridge when Iluma came under Capitaland ownership. The mall itself underwent refurbishment works, such as converting the cinema into a gym and restaurants, and the video games arcade being replaced by a one-stop electronics and IT hub in 2016.