Edit
watch 01:40
The Sandman Will Keep You Awake - The Loop
Do you like this video?
Play Sound

Diamond Health Centre (familiarly called Diamond for short) was located at #05-01, Sultan Plaza, 100 Jalan Sultan near its junction with Beach Road, tel: 6392-2396. It was unique amongst gay saunas in that it charged a standardised entry fee of $19 and closed relatively early even on weekends, at 10pm. 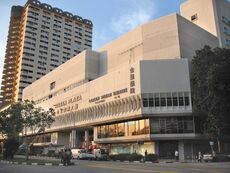 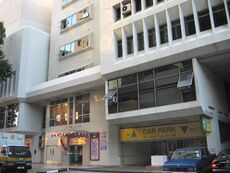 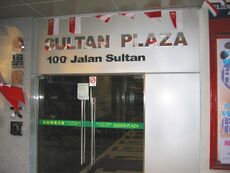 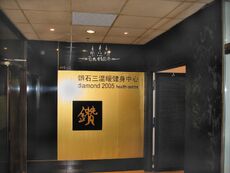 Diamond opened shortly after the closure of two well known saunas which catered mainly to heterosexual men - Goldleaf De Sauna[1] and Caracalla, both located above the NTUC Fairprice supermarket at Peace Centre along Selegie Road.

In its early days, Diamond did not openly welcome gay men and offered massage by women masseuses. The management back then knew there were some homosexual patrons but did not discriminate against them since these customers brought in good revenue. By and by, the growing size of a predominantly late middle-aged Chinese-educated gay clientele forced the management to create an amicable space for it...and in doing so, its business actually took off exponentially. Diamond became so popular with gay men that certain individuals stopped going for some time because they felt too many pairs of eyes were following their every move.

This phenomenon of homosexuals eventually accruing to form the majority of patrons in a previously straight establishment is affectionately locally known as "colonisation".

Diamond was the first sauna to have a coin-operated karaoke machine on its premises, free buffets and Hollywood/Hong Kong movie screenings, all of which proved to be strong draws.

It closed in early 2005 for renovations and reopened for business on 29 May 2005 with a relocated entrance but became, since the latter date, patronised mainly by elderly straight Chinese customers, making it more of a mixed sauna again.

In late 2005, Wednesday nights were promoted for chubs and their chasers, with this phenomenon spilling over into the weekends.