The Singapore LGBT encyclopaedia Wiki
Register
Don't have an account?
Sign In
Advertisement
in: LGBT articles, Archive of LGBT articles

Glamour Backstage was a men's magazine published in Singapore in the 1990s which enjoyed great popularity with the local gay community.

Its initials "GB", by which the periodical was often also referred to, was thought to be a code which stood for "gay boy". It is not known if this was intentional on the part of those who conceived the project.

It often featured photos of lean-fit to muscular young men in sexy poses and thinly disguised articles about the gay community but never openly proclaimed itself to be a gay magazine.

This was one creative method of circumventing the draconian guidelines of the Censorship Review Committee (CRC).

It went out of publication in the mid-1990s, several years after it was launched.

Glamour Backstage may have represented an attempt by local gay entrepreneurs to start a magazine akin to the hugely internationally successful and seminal Asian gay men's periodical OG magazine but toned down to suit a Singaporean distributor- and readership by excluding the nudity and the overtly gay articles.

It was one of the precursors to the more openly gay Manazine, which made its debut in the mid-2000s but which ran afoul of the Media Development Authority's (MDA) regulations.

This is an archive of several pages of a 1993 edition of Glamour Backstage. (Click on each image to view the page in its full resolution). 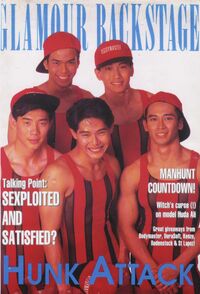 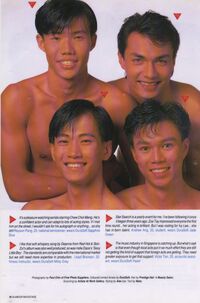 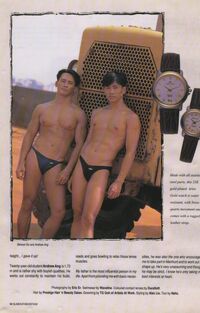 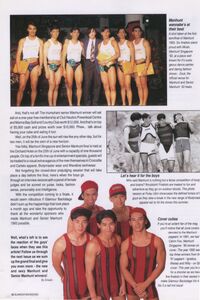 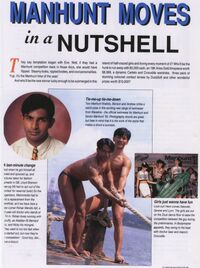 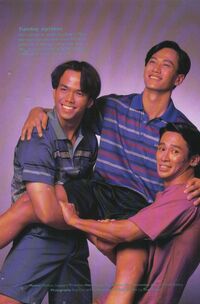 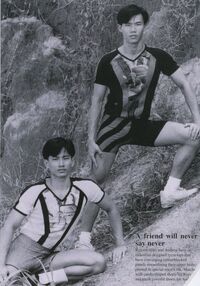