Henry Kwek Hian Chuan (郭献川, Guō Xiànchuān; born 1976) is a Singaporean politician and businessman. A member of the governing People's Action Party (PAP), he has been the Member of Parliament (MP) representing Kebun Baru SMC since 2020.

Pink Dot 2022 (officially called Pink Dot 14) marked the first time that a politician from the ruling People's Action Party attended the annual LGBT-supportive rally at Speakers' Corner, Hong Lim Park since its inception in 2009 even though the organisers had sent out invitations to all PAP and opposition MPs every year.[1],[2],[3],[4],[5]. 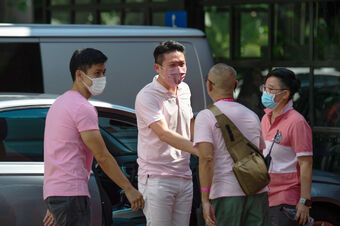 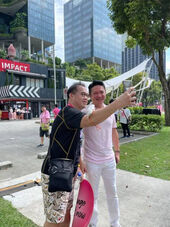 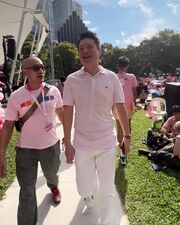 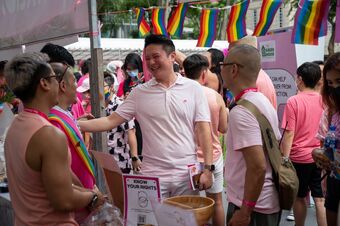 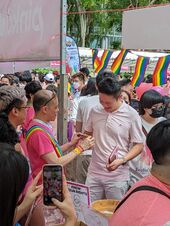 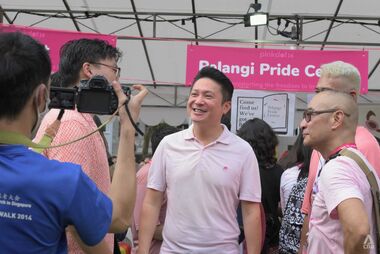 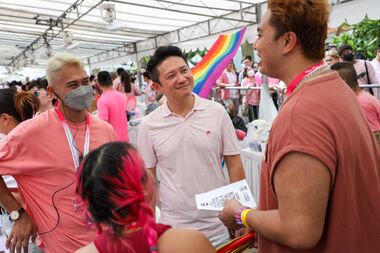 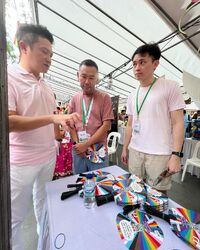 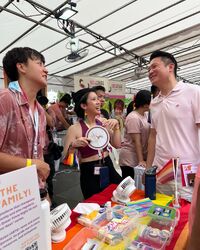 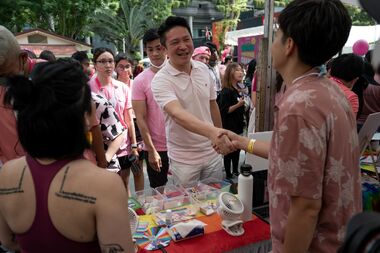 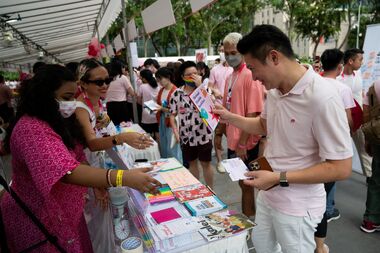 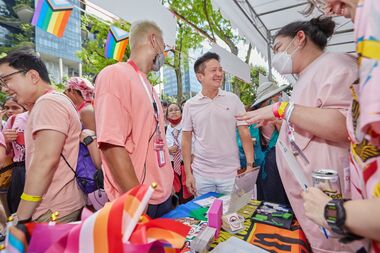 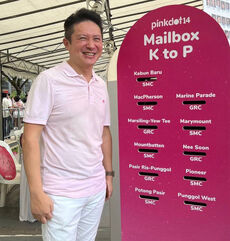 Henry Kwek, who arrived at around 3:20pm wearing a light pink polo shirt with white trousers, was seen walking among the crowd, shaking hands with and posing for wefies with some fellow attendees. Before leaving just after 4pm, he visited the group stalls at the community tent, including Oogachaga, Quasa, TransBefrienders and The Greenhouse, and chatted with the people manning them. Speaking to Oogachaga executive director Leow Yangfa, he was particularly interested in the counselling agency's work supporting the LGBT community, asking questions about how it had been reaching out to people especially during the Covid-19 pandemic. He even graciously accepted a "Love & Acceptance" rainbow tissue pack to take with him[6]. However, Kwek declined to comment on his reasons for being at the event when approached by the media, replying instead that the emphasis should be on the participants. He also posed for a photo beside a row of "letterboxes" with the names of 31 constituencies in Singapore, a new feature at Pink Dot that year. Attendees could write a message on a placard, hold it up for a photograph, print the photos out and write a message on their backs before placing the cards into the respective mailboxes for each electoral constituency. Pink Dot would then send the photos to the relevant MPs of the attendees along with an enclosed message if the attendee wanted to include one.