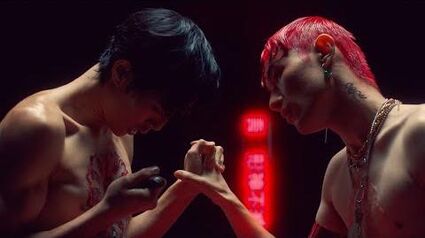 In 2018, Chinese-American filmmaker and experimental artist Andrew Huang was asked by London-based culture platform Nowness to create a film on the theme "Define Sex." As a queer Asian, Huang had yet been tasked with the challenge of representing his sexual identity on screen. This challenge was a loaded one. Having grown up with a deficit of queer Asian visibility onscreen along with the frequent stigmatization and devaluing of Asian male bodies in Western visual culture, being asked to create a piece centered around queer Asian characters became a dauntingly personal journey for him to unpack these issues, while also crafting a story that he felt enriched their collective imagination of what queer Asian male love, sex and intimacy could aspire to be.

Huang first discovered the tale of the deity’s origins while traveling. He recounts: “On a trip to Mexico City, I encountered an exhibition on Xōchipilli, the Aztec god of flowers and patron of gay love. The story of Xōchipilli inspired me to redirect my lens toward my own Chinese heritage, through which I found the Qing dynasty story of Tu’er Shen (兔儿神), known as the Rabbit God. Written by the eighteenth-century poet Yuan Mei,” and based on folk religions in Fujian province, “this story tells of a Fujianese soldier sentenced to death for professing his love to another man. In death, the soldier was ordained the Rabbit God and became the patron deity of gay love.”

Interweaving his personal family history in the Chinese restaurant business with the richness of Chinese mythology, Kiss of the Rabbit God is a confession and a love letter to his queer Asian community and tells the story of a lover's quest for self-possession to own one's desire and unlock sexual intimacy through spiritual embodiment.

In the film, Matt, a Chinese-American restaurant worker (played by Teddy Lee), finds himself seduced by a mischievous Daoist god (Jeff Chen)­­ Tu’er Shen, the rabbit god of the title. Matt toils away day after day in his restaurant, lugging enormous sacks of food to and fro, sweating from the heat of the kitchen, scraping uneaten morsels from plates, and taking orders over the phone. When a mysterious customer sporting blood-red hair and Chinese seal-script tattoos appears, Matt is instantly, obviously intrigued, though he is oblivious to the stranger’s origins, hinted at by the presence of a small shrine in the restaurant. The pair chat; Matt stumbles over his words. “I’m Shen,” the stranger says. But he disappears as quickly as he appeared, only to return later that night as Matt is busy locking up alone. Their first frenzied encounter is ultimately abortive, however, as Matt hesitates and the god departs, only to reappear the following night. Half-visions portend Shen’s eventual revelation of his divine identity. An accidental cut gives way to ritual bloodletting, with the thick, red liquid flowing into a suggestively placed talisman bearing Chinese characters suggesting spiritual bliss and union.

Full of rich imagery of Chinese-American life and labor, Kiss of the Rabbit God might be understood as what media theorist Laura Marks calls “intercultural cinema,” a genre or movement that draws from various cultural and symbolic reservoirs to challenge dominant, monocultural assumptions. Intercultural films “evoke memories both individual and cultural, through an appeal to nonvisual knowledge, embodied knowledge, and experiences of the senses, such as touch, smell, and taste.” In Kiss of the Rabbit God, Huang orchestrates these ordinarily invisible bodies, locales, and labor into an audiovisual rhythm that steadily builds to the erotic climax, a sort of sexual theophany in which Matt and Shen consummate their bond on a spiritual plane. “Will it hurt?” Matt, knife in hand, asks nervously. “There’s nothing to be afraid of,” replies Shen, as Matt finally yields to the stranger, penetrates his skin with the blade, and carves the character for “immortal” into his chest. In Huang’s telling, gods don’t take on flesh. It’s flesh itself that’s already divine.

The artist’s work is consistently sensuous and surreal. And in Kiss of the Rabbit God he balances this imagery with more conventional narrative storytelling, but his deep-red palette and forays into other realms reveal his artistic inclinations. “I’m a visual director first and foremost, and this has aided me in telling stories about inner lives—in this case, a fantasy movie in which much of the protagonist’s experience is highly psychological and symbolic,” he says. “I knew, for instance, that I wanted this film to climax with a sex scene. But from the beginning I set out to visually portray gay sex in a heightened, spiritual, and symbolic way, rather than a literal, carnal way.”

For all its esoteric gods, cults, and scripts, the film’s transgression of cultural and sexual norms is ultimately a means of exploring new bodily possibilities. “I grew up in a really Christian environment where my queerness wasn’t able to thrive, and in a very white environment where my Chinese identity felt marginalized,” Huang explains. “So, naturally my work pushes the norm so that I can make more space for people like me, where my community and other queer people of color can exist and thrive.” Plumbing the depths of Chinese myths and symbols, he has crafted an unconventional story that, by foregrounding the body, its senses, and unspoken longings, urges viewers to take control of their destinies—by yielding to their desires. In the words of the red-haired Rabbit God: “You can be the master of your skin.” After all, in desire as in religion, sometimes mastery means surrender. 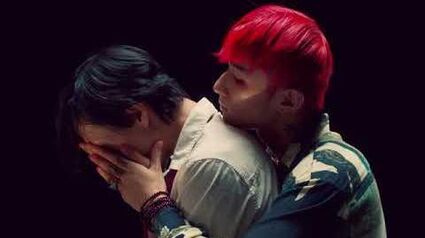 The restaurant used in the film is actually the "Coral Reef" which serves seafood. It is located at 3200 Glendale Boulevard, Los Angeles, California[1]. Its name was changed to "Lucky Dragon" for the movie, a commonly used name for a Chinese restaurant. Not only does the street number match but so does the signage and colour of the restaurant, as well as the front portal.

Jeff Chen (as “Tu’er Shen” aka The Rabbit God)

Colorist: Gregory Reese at The Mill

Made with support from Cinereach & Nowness