Max Lim was Singapore's first impresario and entrepreneur to be known by a wide swathe of LGBT Singaporeans for organising large-scale events and setting up entertainment venues for their community. 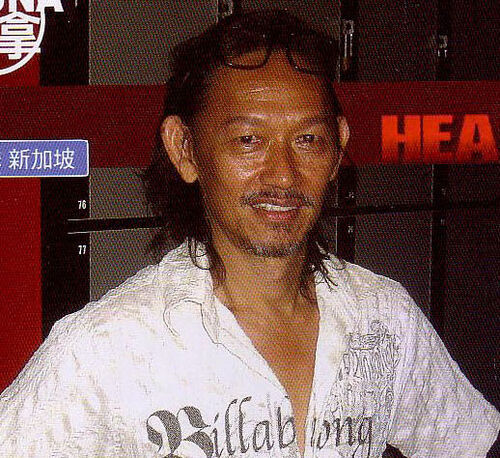 Lim intially gained recognition in the late 1980s for organising Sunday disco nights for the gay community at roving venues, one of which was Dancers - the Club at Clarke Quay. This disco is no longer extant. It was located in the same building as the present Hooters, on the second level. Lim liked to dance and was quite good at it, occasionally gyrating energetically on an elevated podium at the periphery of the dance floor.

He was also the first entrepreneur to hold gay disco nights on other days of the week apart from Sunday. One such event was sporadically held on Thursdays at the relatively unknown Fire disco at Far East Shopping Centre along Orchard Road. In the age of the nascent Internet, he used computer technology for publicity, even inviting a visiting programming expert from America to grace the function.

Lim realised that the local demand for gay parties was tremendous, so he capitalised on his status to organise large-scale outdoor gay parties in the mid-1980s at such venues as the East Coast Lagoon and Big Splash.

The party at the East Coast Lagoon, just like the other large events Lim organised, was advertised via leaflets handed out several months before the event took place, especially during the Sunday disco nights. Sometimes there was competition from another gay entrepreneur whose recruits were also distributing leaflets for competing events, so there was some friction.

The East Coast Lagoon party was an outdoor gay event on a scale never before experienced in Singapore. It attracted hundreds of male homosexual revellers. He took advantage of the huge open-air space and divided the activities into various stations which the partygoer could enjoy, one after the other. Many gay men living in neighbouring Johor Bahru also joined in.

The whole of Big Splash was booked by Lim to hold a 'Loy Krathong' or Thai water festival for the gay community. Partygoers could swim in one of the pools, throw their friends into the water or squirt water at each other, just as the festival is celebrated in Thailand, all in good fun.

He was the first entrepreneur to organise themed parties for the gay community. One was held at the Forbidden City at Clarke Quay. Its theme revolved around the Hong Kong hit movie, A Chinese Ghost Story. Transwoman personality Abigail Chay was roped in to host the event. At that time, she had not achieved widespread fame in Singapore yet, bolstered by her role in the TV sitcom Under One Roof. There was a contest for the best-dressed Chinese ghoul during the event.

Lim noticed that Singaporeans were going in greater numbers during the weekends to Johor Baru's gay saunas, and also those in Bangkok. To fulfill the pent-up demand locally, he opened Spartacus in 1997, Singapore's first gay sauna. It was located coincidentally and amusingly, but not intentionally at 69, South Bridge Road. For the venture, he not only secured funding from banks but also introduced a creative move never done before - offering the gay patrons to his sauna the option of buying shares in the business. He employed an attractive male beauty pageant contestant as the manager of the sauna.

Other innovations at Spartacus were a restaurant offering buffets to sauna patrons, a daily disco on the ground floor which held lesbian nights on Thursdays, male striptease shows (but only down to underwear) and a gym with expensive equipment.

He opened Stroke along Ann Siang Hill. Soon after this, more gay entrepreneurs started to set up gay saunas to compete and he no longer enjoyed a monopoly on the market. His competitive strategy was then to cut prices. Initially membership costs were high, but with the emergent competition, these were slashed dramatically, as were the entry charges.

He later closed down Stroke and opened Raw, further up the road. It stayed open for 6 years from the early 2003 to 2009. In these premises, he experimented with a transgender cabaret which initially saw good attendance but interest in it gradually waned. Lim also occasionally hosted or performed in the transwoman shows in drag. He would interject the performances sporadically with safe-sex messages. He also opened a 24-hour restaurant on the ground floor but demand for the food was lukewarm, so it closed down after a few months. The ground floor space was replaced by hot and cold pools, a sauna and showers, replicating some of the amenities found on the other storeys.

Lim was interviewed by Pluto magazine, which acknowledged him as a pioneering spa entrepreneur, in 2009. 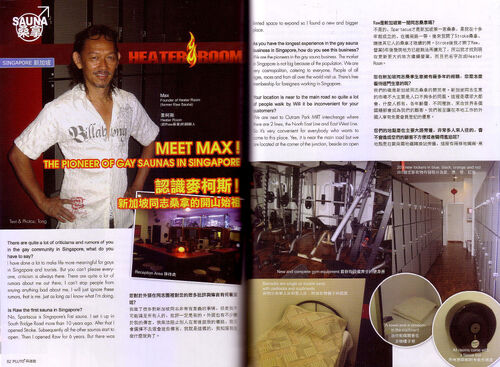 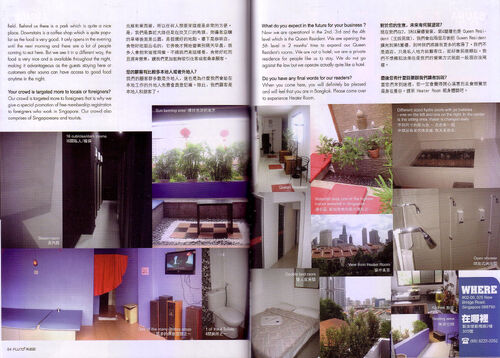 There are quite a lot of criticisms and rumors of you in the gay community in Singapore, what do you have to say?

I have done a lot to make life more meaningful for gays in Singapore and tourists. But you can't please everyone, criticism is always there. There are quite a lot of rumors about me out there, I can't stop people from saying anything bad about me, I will just ignore these rumors, that is me. Just as long as I know what I'm doing.

Is Raw the first sauna in Singapore?

No, Spartacus is Singapore's first sauna. I set if up in South Bridge Road more than 10 years ago. After that I opened Stroke. Subsequently all the other saunas start to open. Then I opened Raw for 6 years. But there was limited space to expand so I found a new and bigger space.

As you have the longest experience in the gay sauna business in Singapore, how do you see this business?

We are the pioneers in the gay sauna business. The market in Singapore is not big because of the population. We are very cosmopolitan, catering to everyone. People of all ages, races and from all over the world visit us. There's free membership for foreigners working in Singapore.

Your location is near to the main road so quite a lot people walk by. Will it be inconvenient for your customers?

We are next to Outram Park MRT interchange where there are 2 lines, the North East Line and East West Line.

So it's very convenient for everybody who wants to come to this place. Yes, it is near the main road but we're located at the corner of the junction, beside an open field. Behind us there is a park which is quite a nice place. Downstairs is a coffee shop which is quite popular as the food is very good. It only opens in the evening until the next morning and there are a lot of people coming to eat here. But we see it in a different way, the food is very nice and is available throughout the night, making it advantageous as the guests staying here or customers after sauna can have access to good food anytime in the night.

Your crowd is targeted more to locals or foreigners?

Our crowd is targeted more to foreigners that is why we give a special promotion of free membership registration to foreigners who work in Singapore. Our crowd also comprises of Singaporeans and tourists.

What do you expect in the future for your business ?

Now we are operational in the 2nd, 3rd and the 4th level which is the Queen Resident. We are opening the 5th level in 2 months' time to expand our Queen Residents rooms. We are not a hotel; we are a private residence for people like us to stay. We do not go against the law but we operate actually quite like a hotel.

Do you have any final words for our readers?

When you come here, you will definitely be pleased and will feel that you are in Bangkok. Please come over to experience Heater Room.