In 1999, Jason Wee[1] and friends, Steve Wong and Kenneth Lau, started a support group for gay men in their twenties.

C. Singam became the driving force behind Oogachaga soon after its formation, offering his residences near the city area as venues for the meetings of the support groups, named OC1, followed by OC2 and so on. At first, meetings were held in a HDB apartment and then at a ground level shophouse unit around the River Valley vicinity.

Oogachaga rebranded itself as "OC" in the early 2010s but the name "Oogachaga" is still more widely used and recognised today than "OC".

The founders of Oogachaga named the organisation after what they thought was the name of the dancing baby in the American sitcom Ally McBeal. They felt that just like Ally, some individuals have suppressed parts of their being but that these constantly pop up like a dancing baby. Only by embracing this baby could they then understand and liberate themselves[2].

However, research by Roy Tan showed that the baby's name was not "Oogachaga" but "Baby Cha-Cha"[3]. "Oogachaga" was actually the jungle-like background chant (subtitled as "Hooga/Ooga Chakka") used in the hit song by David Hesselhof, "Hooked on a feeling", to which the dancing baby in Ally McBeal was gyrating to[4]. 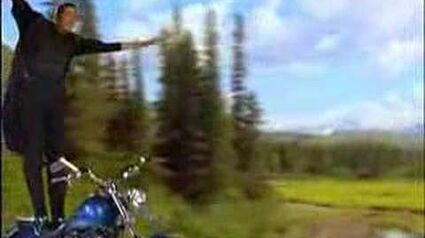 SPACES Board of Directors[]

The Advisory Council advises the Management Committee, which oversees the staff team and operations.

The staff team, led by the Executive Director, is responsible for ensuring coordination and delivery of services and programmes, management of volunteer teams, and raising the profile of the organisation.

After the initial support group meetings at C. Singam's residences in the River Valley area, Oogachaga established a more permanent office to hold their support group sessions on the third level of a shophouse unit at Tanjong Katong. The flat was rented by long-serving Action for AIDS(AfA) volunteer D. Tung who lived there with his pet dogs and kindly let Oogachaga use the premises during the weekends. Interviews to recruit members for future OC Men's support groups were conducted there before the move to a new headquarters at Emily Hill (see below).

On 3 May 2005, Fridae profiled Bryan Choong, one of Oogachaga's leading facilitators[5]. Choong revealed that Oogachaga and Looking Glass would be presenting regular personal development and growth workshops for lesbians, gays and their friends on the first Tuesday of every month in 2005. Their second workshop in 2005 would be entitled "Coming Home To Our Families - To Tell or Not to Tell?", to be held on 3 May 2005 at 7:30pm at Utterly Art, #02-01, 208 South Bridge Road. Oogachaga would also be launching a new men's support group on 6 May 2005.

In 2005, Oogachaga's first support group for women was started.

On 16 Feb 2006, Oogachaga started the OCMSM (Oogachaga Men who have Sex with Men) hotline, Singapore's first hotline manned by gay volunteers. This community outreach service enables MSM to talk about issues regarding their sexuality issues or to find out more information on HIV and STI.

When more funds became available in 2007, an office at Emily Hill and a spacious room, meant for arts activities, also in the same complex, were rented for administrative work and support group meetings. Professional counsellors and personal development trainers were also roped in to make the support group activities more comprehensive.

In 2009, Oogachaga underwent a rebranding exercise in which it renamed itself "OC". It also adopted a more holistic mission statement which sought to foster all-round development of LGBTQ individuals in Singapore.

It shifted its office to the third and fourth levels of The Office Chamber at 230 Jalan Besar. Entrance to Oogachaga's premises was via the back door to the car park on the ground level!

In 2011, it moved to a more central location at 40A Mosque Street in the Chinatown area. Its new office was much more stylishly furnished than the previous one at The Office Chamber and was more accessible to its volunteers and support group members.

It also procured sufficient funds to employ three full-time staff to schedule its hotline, counselling, support group and other activities.

OC's first and current centre director is Bryan Choong. In 2013, the designation was changed to 'executive director'. Choong was initially assisted by Peh Yin Yee and Andrew Chan. When Peh resigned in 2012, her position was taken over by Dharesheni Nedumaran. Later staff members included Shay Goh and Bi Ling.

In June 2014, Oogachaga moved from its premises at 40A Mosque Street to nearby 57B Pagoda Street. It raised funds for its relocation on GIVEasia[6]. The advantages of the new location were: 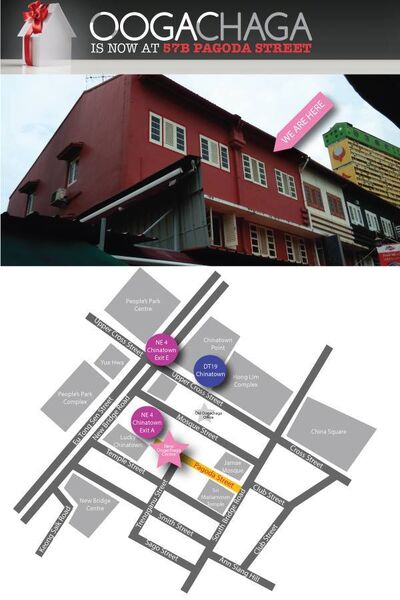