Pearls Centre, which was built in 1977 and finally demolished in early 2018, gained a reputation as a cruising haunt for the elderly segment of Singapore's gay community.

Of course, not all the homosexual cruisers who visited its toilets, stairwells and upper levels of its car park were advanced in years. There were also young gay men who enjoyed the unpretentious and basic ambience of the place or who perhaps, were fond of mature men. Most were Chinese-educated as the building was located centrally in Chinatown but there were some Malays, Indians and other races as well who frequented the venue.

Although initially overwhelmingly local in patronage due to the fact that its cruisiness was not known overseas, after the massive influx of foreign workers into Singapore beginning in the early 1990s, many young, gay mainland Chinese workers ventured there in search of company and gratification. 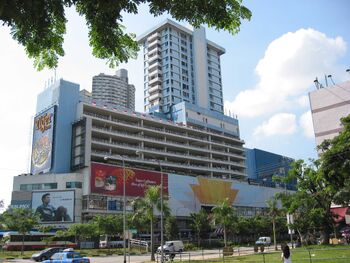 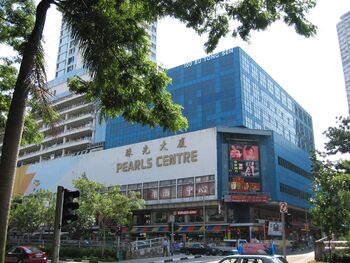 The toilet on the second level was the most cruisy. One could access unobtrusively, without encountering many regular shoppers, from the ground floor at the side of the building where there were food vendors. 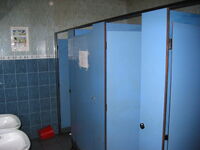 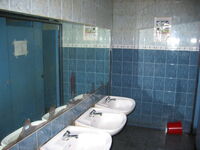 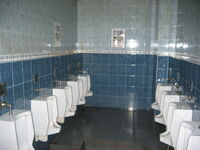 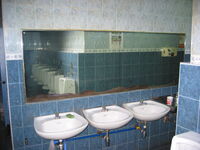 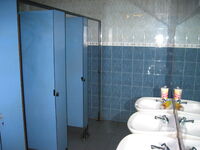 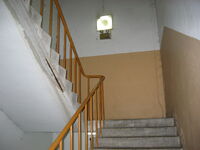 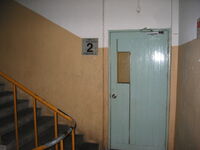 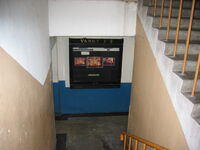 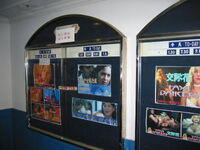 It was also reachable via the escalator found in the building's interior on the ground floor.

On Saturday, 29 August 2009, The New Paper published an article by reporter Benson Ang sensationalising the cruising by late middle-aged men that went on in the toilet[1]. According to some sources, the reporter was an unwilling party to an editorial decision. This came hot on the heels of a similar article by Shin Min Daily several days earlier, on Wednesday, 26 August 2009.

Peep holes in a public toilet?

Yes, you can find them in the male toilet on the second storey of Pearl's Centre at Eu Tong Sen Street in Chinatown.

When The New Paper visited the toilet yesterday, we found at least three peep holes in the walls of the five cubicles, but they were sealed.

One shop owner, Mr Chua Tik Tin, 70, said the peep holes made him feel uncomfortable because 'someone could be watching me while I am in the toilet'.

He added: 'If someone in the next cubicle tries to peep at me, I would give them a stern look and hope they would stop.'

Mr Chua, who has run a shop there for seven years, claimed that men also tried to peep at him while he was using the urinals.

So who is doing all this peeping?

Mr Chua claimed that it is a group of about seven men, in their 50s and 60s, who frequent Pearl's Centre.

Most are retirees and they would stand at the urinals for long periods, peeping at other men, he said.

Sometimes, two of the men would go into one cubicle.

Mr Chua said: 'On several occasions, I've seen two pairs of legs in one cubicle. Something is definitely happening inside there.'

In such instances, he believes the peep holes may be used by other men to peep at the goings-on in the cubicles.

It has been like this for years, said Mr Chua.

The peak period for these men is from 7pm, after most shops have closed. They would normally disappear by 9pm, he added.

But on weekends, they could come as early as 4pm and 'spend hours' in the toilet.

An employee in another shop, who only wanted to be known as Eric, 42, said that he has got used to the incidents in the toilet.

'As long as they (other men) don't approach me, I'm fine with it,' said Eric, who has been working in Pearl's Centre for more than 10 years.

He claimed he had walked in on men hugging and touching each other in the toilet.

When they see him, they would immediately pretend to be combing their hair and tidying themselves in front of the mirror.

He would walk out and pretend he didn't see anything, he said.

'I feel uncomfortable with what the men were doing right in front of me,' he said.

He said he has got used to the fact that the toilet is frequented by 'ah peks'.

He added: 'They don't disturb me because they know I'm working in the centre and am not interested.'

But Mr Chua is not as tolerant. He complained that the men were messy and would leave toilet paper on the floor.

He added that the cleaning lady resigned about a month ago because she could not bear to clean the floor in the mornings.

He also claimed that over the years, the security guards had been called several times to stop the men, but added that 'you can't prove or stop this type of thing'.

Mr Chua and Eric were the only two of the seven people approached who were willing to talk about the peep holes. The others claimed they did not know anything.

The New Paper observed that the toilet was relatively clean yesterday, but Mr Chua said this was only because it had been cleaned up after a Shin Min Daily News report on Wednesday.

Obscene drawings and telephone numbers were scribbled on the cubicle walls.

Mr Chua said that the 'ah peks' who frequented the toilet had not shown up since the Shin Min report.

This is the larger of two male toilets on the second floor, but there are no signs directing people to it.

All the signs point to another smaller toilet, which is cleaner. It costs 10 cents to use the toilets in Pearl's Centre.

The other toilets did not have this 'problem', said Mr Chua.

The management of Pearl's Centre did not reply to queries on the shop owners' claims by press time."

The upper storeys of the car park, namely from levels 8 to 10, were usually totally deserted throughout the day. People could therefore cruise openly without the fear of being stumbled upon by members of the public.