Pelangi Pride Centre (PPC) is both an organisation as well as a physical space where LGBTQ people can come together to read, borrow books, for social support or to attend talks. Regular events are usually run on the 2nd Saturday of the month. It operates Singapore's first and only LGBTQ resource centre and library which opens every Saturday from 2pm to 6pm. Its collection includes local and international gay literature as well as non-fiction books whose catalogue can be searched online on its website. It also has an archive of artifacts pertaining to Singapore gay history and culture. It is currently located within the Free Community Church itself at One Commonwealth, 1 Commonwealth Lane, #02-02, Singapore 149544 (tel. 8525 2643).

Pelangi Pride Centre was an offshoot of Action for AIDS' (AfA) first headquarters located at 22 Rowell Road and the unit above it, 22A Rowell Road in the Serangoon or Little India area. Both units were being rented at $1000 per month from the early 2000s onwards.

In 2003, Benedict Thambiah, the executive director of AfA and Roger Winder, a veteran AfA volunteer decided to set up Pelangi Pride Centre, Singapore's first LGBT community centre, to inculcate pride in being gay and in staying HIV-negative. The unit upstairs, 22A, was given to the fledgling organisation to use as its premises while rent continued to be paid by AfA. Other LGBT activists who helped set up PPC were Eileena Lee, Dinesh Naidu and Charmaine Tan. The first books donated to and stocked in its library were the local gay novels Peculiar Chris and Glass Cathedral.

Pelangi Pride Centre held its opening ceremony on Saturday, 6 December 2003 from 6pm to 9pm in its premises at Rowell Road[1]. The event featured live tribal drumming & flame throwing, food and drink, music, a film screening as well as safer-sex demonstrations.

Opening hours of the resource centre during the early years were on Wednesdays from 7pm to 9pm and on Saturdays from 3pm to 7pm. It underwent many location changes since it opened its doors at Rowell Road.

These were, in chronological order:

Eileena Lee and Dinesh Naidu hosted at the opening of Pelangi Pride Centre at Mox Bar on Saturday, 6 May 2006[2]: 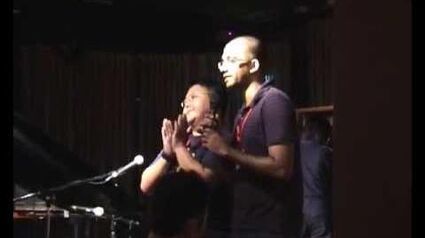 While at DYMK's Kreta Ayer Road location, its management worked out a special beverage/cake deal for PPC users so that everything was a little cheaper during Saturdays from 4pm to 8pm: $2 for soft drinks (normally $5), $3 for juice (normally $6), $5 a cup of coffee (normally $8) and $5 a pot of tea (normally $8). There was also a tea time special where any cake with coffee/tea could be had for $8.

Much of the help in carrying the heavy articles when relocating each time was provided by members of The Bear Project.