The Reform Party supports LGBT equality in Singapore, including the repeal of Section 377A of the Penal Code which criminalises sex between men.

On Monday, 25 April 2011, the Reform Party's Secretary-General Kenneth Jeyaretnam said he fully supported Vincent Wijeysingha, after the online buzz of a YouTube video allegedly showing the Singapore Democratic Party candidate at a forum on Section 377A (see main article: Vivian Balakrishnan attacks Vincent Wijeysingha for having alleged gay agenda during 2011 General Elections). Jeyaretnam was speaking on the sidelines of a walkabout at Depot Road that evening.

"Somebody's sexuality is not a part of the qualities to be a politician. At the Reform Party, we're an inclusive, liberal party and we don't believe in discriminating against people on the grounds of gender, race, religion or sexual orientation," said Jeyaretnam.

"Vincent, you know my stand we have corresponded on this. You have my support, just as previously I gave my support to Dr Chee. This is a low attack. You are an asset to politics in general and to the alternative cause in particular and the incumbents should stick to the real issues resulting from their poor policy decisions."

"Vincent, you know my stand we have corresponded on this. You have my support, just as previously I gave my support to Dr Chee. This is a low attack. You are an asset to politics in general and to the alternative cause in particular and the incumbents should stick to the real issues resulting from their poor policy decisions."

"Thanks for sending this questionnaire to us. I am aware that these issues are of overwhelming importance to the LGBT community. Please be assured that the Reform Party is a liberal secular Party. We believe passionately in freedom of expression and association. One of our central tenets is that there should not be any discrimination between individuals based on gender, race, religion, age and sexual orientation. We are committed to working towards the repeal of Section 377A and the decriminalisation of homosexuality. However we have not had time to consider our position in detail on the additional issues raised by you. Rather than asking for our position, it might be more productive if you would send us a list of the policies you would like to see adopted. Better still, you could join us and work on getting us elected to Parliament or contribute to our campaign. Unless you (like other Singaporeans) are prepared to stand up then there is very little chance of change. 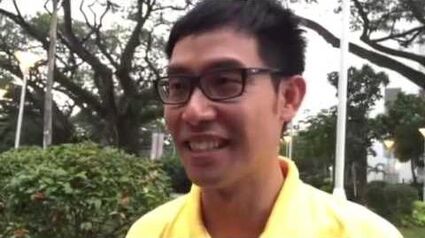 On 5 August 2015, blogger Roy Ngerng announced his application to join the Reform Party. He was subsequently accepted, making him Singapore's second openly gay politician after Vincent Wijeysingha who had left Singapore for New Zealand in July 2015[1] and the first to be openly gay while campaigning in a General Election.

On Friday, 28 August 2015, The Straits Times reported that M Ravi, the human rights lawyer who initiated the challenge to the constitutionality of Section 377A in 2010 arrived at the Elections Department with Reform Party member Osman Sulaiman and said that he would like to contest in Ang Mo Kio Group Representation Constituency (GRC) for the upcoming 2015 General Elections[3]. Reform Party candidate Roy Ngerng announced on his blog, The Heart Truths, that Ravi would for part of the GRC team for Ang Mo Kio together with Ngerng himself, Gilbert Goh, Osman Sulaiman, Jesse Loo and Siva Chandran[4].

Later that day, Ravi made his maiden speech as a politician in Tamil during the Reform Party's Ang Mo Kio GRC team's press conference. 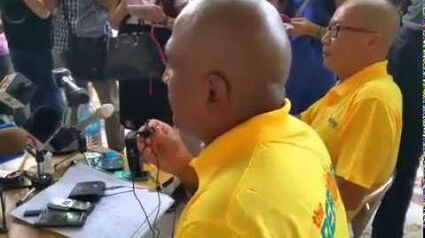