Dr Richard Chua is a theatre practitioner and academic studying Entertainment Arts. He currently works at the School of Media and Communications, Management Development Institute of Singapore (MDIS).

"What does it take to love in a homosexual reality? Perhaps, only a boy and girl will know as they come together to explore the intricacies of building a relationship. They live in a gay society with a plague looming large, and heterosexual reality being a taboo, love seems to be non-existent. In the end, sexual reformation seems to be the only solace they could find.

After submitting the script to MITA (Ministry of Information and the Arts) for approval, the regulatory body required some of the lines to be axed. The first scene where everybody was in G-strings had to be dropped.

Male-male kissing was also limited to 2 minutes after some negotiation by the director.

In August 2005, Chuan produced "Boys", the only gay-themed drama performance run of the very first IndigNation, Singapore's LGBT pride month. The play took place nightly at 8pm from Thursday, 25 August 2005 to Sunday, 28 August 2005 at Bianco, 21 Tanjong Pagar Road, #04-00 (above Mox Bar & Café). Tickets could be purchased from www.gatecrash.com with prices for adults at Sing$30 and students at Sing$28 with a complementary free drink at Mox. Discount passes were offered to members of the audience who had attended the previous IndigNation talks held at Mox and Bianco, sans the free drink however. The director of the play and organiser-in-charge was Richard Chua (mail@richardchua.name). Picture and progress notes were made and archived on a website [1] to chart each actor's journey, this being their debut effort, before the season opened. Despite initial problems in securing funding, on account of its homosexual theme, the play was finally performed as scheduled. 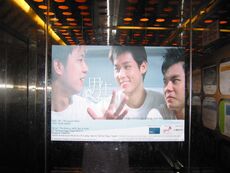 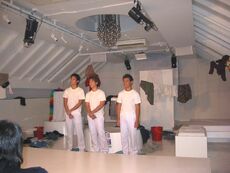 "Boys" was a new Chinese-English bilingual theatre project by Chua, undertaken after Lovers' Words. It was an extension of Chua's belief that life should be led honestly and truthfully. In his quest to further meditate on love between people (in this case, between 3 boys aged 20-plus), he embarked on the project to push his collaborators to work in a space where they had nowhere to go, but to clean. Cleaning was an essential task that would bring these boys to the next phase of eternity. The story was about love - love that seemed to be defined differently by different people, with different perspectives, resulting in different outcomes. Each boy had a love story to tell.

It was generally felt by the audience that the 3 actors put up an admirable performance, considering that it was their maiden attempt, but that the play as a whole was too short, surreal and lacked an engaging climax.