On 1 January 2010, Fridae.com launched the 2010 Asia Internet MSM Sex Survey (AIMSS)[1]. It was offered simultaneously in English, Simplified and Traditional Chinese, Cantonese, Japanese, Thai, Tagalog, Hindi, Malay and Indonesian. It was the largest and most comprehensive pan-Asian Internet surveys of MSM and transgender people.

In January 2010, the Ministry of Health announced that MediFund could be used by HIV carriers to purchase some HIV medication[2]. It was of little consolation to most HIV patients because in order to qualify, one had to be effectively indigent or fall below the poverty line. Dr. Stuart Koe, CEO of Fridae argued that HIV/AIDS needed to be treated like any other disease with regard to therapy.

At the inaugural Singapore Short Film Awards (SSFA) held at The Substation on 31 Jan 2010, Loo Zihan's "Threshold" which attracted much controversy won the Best Script award and was also nominated for Best Cinematography and Best Soundtrack. 2 of the other 8 winners at the SSFA were Tan Wei Keong, who won the award for Best Animation for his 4-minute short film "Hush Baby", and Sun Koh, who took home the evening’s top two awards for Best Fiction and Best Director for "Dirty Bitch"[3].

In February 2010, 3 video clips featuring Pastor Rony Tan of the 12,000 strong megachurch Lighthouse Evangelism making incendiary remarks about Buddhism and Taoism at his church’s weekly miracle services whipped up a firestorm of controversy. Pastor Tan was warned by the Internal Security Department for his remarks which contravened the Sedition Act. Another 80-minute video that was on the homepage of lighthouse.org.sg was removed by the church during the heat of the online debate. It featured the testimony of Cheryl Bachelor, a part-time employee of Lighthouse Evangelism who claimed to have been healed from lesbianism[4]. A total of 85 people including filmmakers Sun Koh and Royston Tan lodged police reports over the long Chinese New Year weekend about Pastor Tan's offensive comments about gay men and lesbians in the video[5].

On Friday, 19 February 2010, 2 gay men, Roy Tan and Tien Kim Chuan went down in history as the first gay ‘contingent’ to march at the annual Chingay Parade[6]. They were dressed in pink and waved a huge rainbow flag. The 2-day event, which was held in conjunction with the Lunar New Year Celebrations, kicked off at the F1 Pit Building in Marina Bay in front of an 18,000 to 60,000-strong audience which included Prime Minister Lee Hsien Loong.[7] 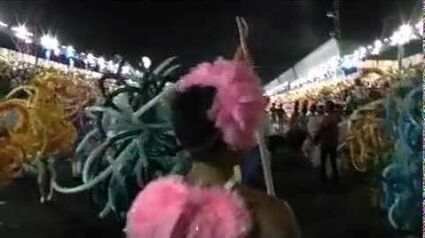 On Wednesday, 3 March 2010, Fridae presented the A Single Man Fundraising Gala Premiere at The Grand Cathay, 2 Handy Road, to benefit the Fridae Community Development Fund[8]. The widely anticipated film was the debut feature by openly gay American fashion designer Tom Ford who was said to have surprised the critics by making one of the year's best films. The gala raised S$10,000 and was the 7th movie fundraiser in 5 years by Fridae which altogether collected S$80,000 to sponsor events, initiatives and projects that directly impacted Singapore's LGBT community[9].

From Friday 26 to Sunday 28 March 2010, Singaporean gay activists Jean Chong and Sylvia Tan attended ILGA Asia's 4th Regional Conference held in Surabaya, Indonesia[10]. The meeting was hosted by Indonesia's Gaya Nusantara and its theme was "LGBT ASIA Moving Forward!" Over 150 LGBTQI activists from all over Asia participated in the 3-day conference. The objective of the conference was to move Asia’s LGBTIQ communities and organisations towards a common vision, mission and goal, and to draft an action plan for cooperation amongst ILGA Asia members which comprised around 100 LGBT organisations. However, on 24 March 2010, The Jakarta Post reported that the Surabaya Police in East Java had decided not to issue a permit for the conference[11]. Organisers announced that the conference, which was to be held at the Mercure hotel had been officially cancelled although informal meetings were held on the morning of Friday, 26 March 2010 in several guestrooms at the Oval hotel. Most of the conference's participants left their hotel the same night after 50 to 60 protesters from conservative, hardline Islamic groups such as the Islam Defenders Front[12], staked out the hotel and conference venue for hours[13].

From 26 March to 22 April 2010, Fairy Tales, an art exhibition which told the story of a gay couple (Gabriel and Moonbeam) in Singapore through words and paintings was held at the Opera Gallery in ION Orchard[14]. Admission was free.

This article was written by Roy Tan based on information on SiGNeL, Friday, Yawning Bread, Trevvy, Blowing Wind, other Internet news sources and on his personal experiences.