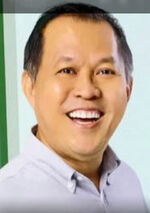 Tan Eng Hong, better known as Ivan Tan, rose to international prominence when he challenged the constitutionality of Section 377A of the Singapore Penal Code in 2010. He was represented by well known human rights lawyer and his personal friend, M Ravi.

Tan was interested in other cultures and the arts from a young age. As a result, he pursued a career in the tourism industry rather than attending university and studying for a degree. When he was not working, he spent his free time in other creative endeavors, including theatre.

Tan always knew that he was gay, which was a particularly acute problem for him when he enrolled in the mandatory military service. When male citizens register for National Service, they are required to undergo a mandatory medical examination to determine their medical status, known as Physical Employment Status (PES). The PES is used as a guideline for vocational placement. The men then serve a 22- or 24-month period as Full Time National Servicemen (NSFs), either in the Singapore Armed Forces (SAF), Singapore Police Force (SPF), or the Singapore Civil Defence Force (SCDF).

Based on Tan’s PES, he was selected to serve as a gunman in the SAF. Tan disclosed that he was gay to his sergeant. Generally, following a confession of homosexuality, a soldier is sent to a psychologist for a medical review and is ascribed a label of “302.” The term “Category 302” (Cat 302 or simply 302 for short) is widely known as the medical code classification from the Singapore Armed Forces Directory of Diseases that pertains to LGBT service personnel.

In the second stage of the medical review, one or both of the conscript’s parents answer questions about the son’s sexual preference and gender status.

When Tan declared that he was gay, his sergeant tried to send him to jail for forty days, and accused him of attempting to get out of his gunman duties. Tan was then sent to different departments in the Army and ended up as a clerk in the manpower office. For the last quarter of his time with the Armed forces, he was released from serving as a reservist, which in Singapore can last up to the age of forty, because of his 302 status.

After Tan’s time in the military, he initially revitalised his career in the tourism industry. In his thirties, however, Tan began working as a massage therapist. He found such work rewarding in that he was still in the service industry but also able to work creatively, finding respite from the difficulties that he faced in life.

Ravi strongly protected Tan’s identity and advised him to refrain from speaking with the media or other people about the case. However, it was impossible for Tan to hide the fact that he had been arrested for “gross indecency.” His family expressed disappointment when they discovered the charges, and others asked whether his actions brought on difficulties at family gatherings, such as during Chinese New Year.

Many of the members of his Church, his friends, family, and other lawyers strongly encouraged him to drop the case and to stop contacting his lawyer. The local gay community, popular bloggers, and leaders all criticised Tan and his lawyer for pushing forward, and the other man who was caught in the toilet stall with him dropped the case. Tan persevered despite the criticism and pressure he faced from his friends, family and community and never claimed that he was pursuing the case for anyone but himself. He harbours some resentment over the way the system treated him and believes that things can improve.

Coming out as Ivan Tan[]

In December 2014, Ivan Tan gave an exclusive interview published in Vol. 4 (2014) of Queer Asian Spirit E-Zine in which he revealed that he was the "Tan Eng Hong" that had started the 377A Constitutional challenge with human rights lawyer M Ravi in 2010[1]. Tan consented for the first time to having his photograph, which appeared at the bottom of the article, published in connection with the case. He had hitherto chosen to remain faceless to the public in the ongoing saga and had preferred to use his less well known Chinese name instead of the name by which most people knew him.

In the article, Tan talked about his spirituality which gave him to courage to launch the constitutional challenge at great cost to his personal and professional life and to his family.

In September 2016, Tan consented to have a video of his speech and a short candlelight performance uploaded to YouTube. It was delivered during a public forum on Section 377A held at Public House, near Boat Quay on Saturday, 27 November 2010[2]: 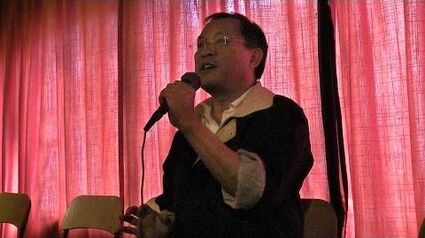