Ten Mens Club (also spelt 10Mens Club) is a gay sauna in Singapore. (Note that the Mens in its name has no apostrophe. Whether this is intentional or not is unclear.) It is currently situated at 32A Pagoda Street, its third location in the heart of Chinatown.

Ten Mens Club first opened in mid-2007 on level 3 at 21 Tanjong Pagar Road, one floor below Mox Bar. Its main attraction at this site was the central location which was smack in the middle of Singapore's gay disco area.

In the early 2010s, the club shifted to level 2 at 205/207 New Bridge Road, Singapore 059430 where it rebranded itself as New Ten Mens Club. This location was near the junction of New Bridge Road and Pagoda Street. The sauna was only accessible via a lift beside the "XIANG" barbecue meat shop next to the overhead bridge at Chinatown MRT station.

The following video was uploaded to YouTube by Ten Mens Club to guide their patrons to the spa from the MRT station because it was not easy to locate, just going by the address alone. This was because its unassuming entrance did not lie along the larger main thoroughfare of North Bridge Road itself but was actually tucked away in a niche to one side of Pagoda Street[1]: 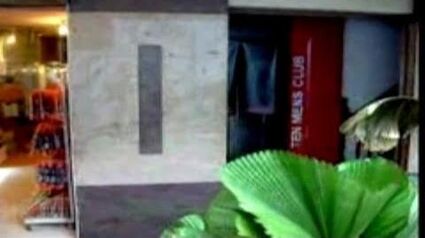 In August 2014, Ten Mens Club moved its location yet again to a shophouse unit recently vacated by another gay sauna, Absolute, at level 2, 332A Pagoda Street, Singapore 059191. This address was also occupied by a well known gay disco, Niche, in the 1990s.