Towel Club was a popular, upmarket gay sauna located in the city area. 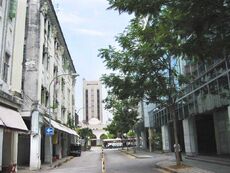 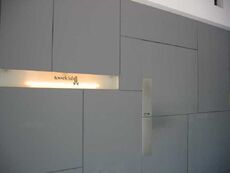 It had private suites, group areas, a steam room, jacuzzi, hydrojet cool pool, cafe and private sun deck. Open Mondays to Fridays from 4pm and on Saturdays and Sundays from noon. The crowd was a mix of locals, expats and visitors. It was billed as Singapore's largest gay sauna and also the most expensive. Its monthly, hugely popular nude nights were innovatively called "full moon parties". The latter were held once a month on the 15th day of the Chinese lunar calendar during which youthful attractive patrons were the greatest attractions. It was consistently ranked as the most popular sauna in Singapore through various polls.

It closed down only after about 2 years of operation, at the end of 2007, probably due to high rental costs. Their website announced that it would open at a new location but never did. One source reported that the owners were negotiating a lease for a unit near Outram MRT Station but the final outcome was uncertain.